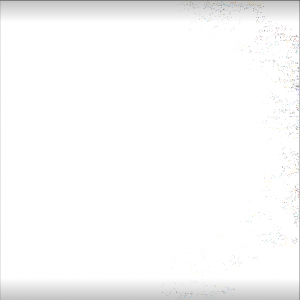 The canvas at 83:18, now completely unrecognizable. Pixels are strewn throughout with no cohesion.

The Great Whiteout, also known as The White Void or the Anti-Void, was the event that signaled the end of r/place 2022.

Starting at 82:04, players were only able to place white pixels, thus forcing the canvas to return to the blank state from which it started. All artwork was gradually destroyed over the course of an hour, until the canvas was turned completely to white at 83:19. r/place officially ended thereafter.

At 82:04, all colors were removed from the palette with the sole exception of the color white. Immediately after the change, white pixels were placed randomly at contested points, much to the confusion of streamers and players alike. Not long after, the true destruction of the whiteout would take hold: at 82:09, the French flag was completely destroyed, and the osu! logo was also completely wiped out at 82:11.

At 82:11, a huge letter F was created, with the letter R soon following at 82:12. Seemingly realizing that French users were trying to spell out the word "France", the letter A that came after was subsequently changed to the letter E, finally spelling the word "Free" at 82:14.

From all four corners, the white void spread out, with a diagonal line across the canvas originating from where the French flag once stood. The word "Doner" was spelled out at 82:22, and a vertical line also jutted out from the First Hand. At 82:32, the letter R was turned into an Among Us crewmate.

In the next minutes, the void has spread far and wide, with the canvas now covered in a thick mist of white. Huge lines jutted out from various spots, and originating from the First Hand was a giant white heart. This white heart expanded quickly in the final minutes of r/place, devouring the entire canvas.

At 83:19, the canvas was completely wiped, returning to the empty white slate at the very beginning.